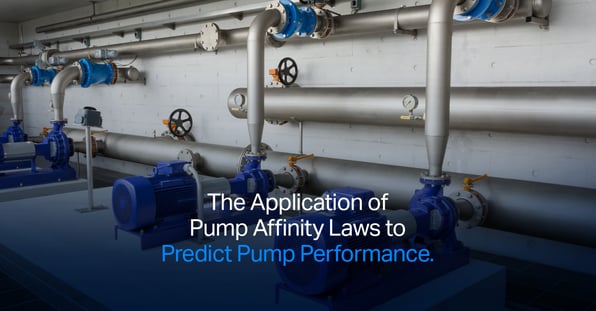 The Application of Pump Affinity Laws to Predict Pump Performance.

The Affinity Laws provide an expression of the mathematical relationship between the several variables involved in the performance of a centrifugal pump. In summary, they can be used to predict the effect of changing pump operating speed and/or changes in impeller diameter. Having the ability to predict the effects of changing a pump operating speed using the affinity laws is useful in such scenarios as turning down the pump to avoid excessive system flow in when it wouldn’t necessarily be prudent or required to replace a pump in order to satisfy revised system demand. Other useful scenarios include making adjustments to facilitate new service requirements or sizing a new driver etc.

We have seen that the Affinity Laws can be used to predict the changes in pump performance with a variation in pump speed or impeller diameter. Changing either of these two parameters have a knock-on effect of changing the pump flow, head, NPSH and power curves. The Affinity Laws therefore allow the resultant consequences of speed change or change in impeller diameter to be predicted with reasonable precision. The mathematical relationships of the Affinity Laws are outlined in Table 1.

N is the shaft rotational speed.

D is the impeller diameter.

Q is the flow rate.

It is also worth noting that, if a system resistance remains constant, the affinity laws predict that if the pump speed is halved, then the flow rate is halved, the pump pressure/head reduces to one quarter (half squared) and the pump power consumption reduces to one eighth (a half cubed). This therefore offers the prospect of a significant energy savings if the pump speed can be reduced - perhaps during periods of low system load. This of course may only be achievable if the system has been designed in a way that pump pressure/head can be allowed to reduce significantly under part-load conditions.

Often flow margins are necessary to allow for inaccuracies in system fluid balance and the possibility of changes to the system or system extension. Figure 1 provides an illustration of the effects of changing flow conditions and the effect on pressure/head,poweretc.

Since significant energy savings can be achieved by reducing pump speed, the Affinity Laws become a particularly useful tool in determining the effect of reducing the pump operating speed on system performance.

Although the Affinity Laws can be used to predict the performance of changing pump speed or impeller diameter and indeed, the performance of geometrically similar pumps, it has generally been accepted that the application of the Affinity Laws whilst being reasonably accurate throughout the range of operating speeds, should be limited to around 10 to 20% for impeller diameter changes owing to the likelihood impellers not being geometrically identical etc. 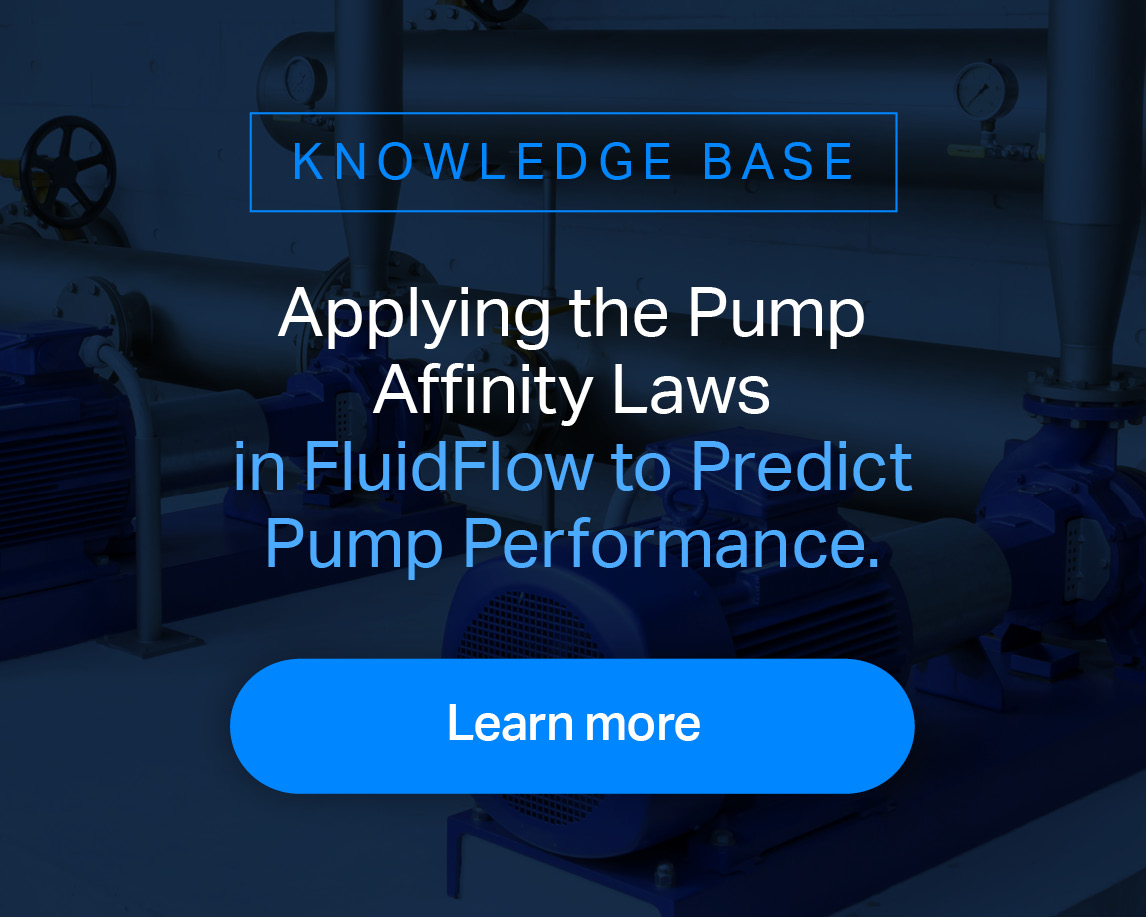